The next-generation BMW 5 Series has been rendered by TopSpeed. The 5 Series has been growing in size with every new generation. The next-generation 5 Series is very close to its launch, so we have this rendering to showcase how the new 5 Series will somewhat look like. This has been made on the latest spy shots of the 5 Series that had recently surfaced. The car might be heavily camouflaged but there is enough room for artists to sketch the car. The new 5 Series gets a headlamp design that has evolved from the 3 Series (F30). Even the facelift of the 3 Series isn’t far away from its launch. The new 5 Series details have been inspired from BMW’s Vision Future Luxury Concept. If you ask us, this does look stylish and certainly one of the best looking BMWs around if it comes with a similar styling. 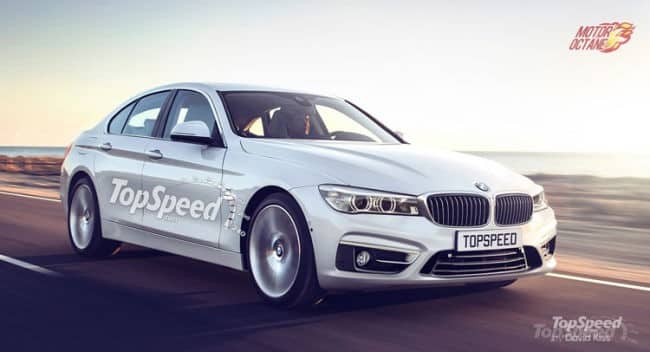 The 5 Series will come with a 1.5-litre three-cylinder diesel engine also, which powers the 1 Series, 3 Series and even the new Minis. The 5 Series will be getting plug-in hybrid, like the 7 Series and it will have several features from the 7 as well. The new 5 Series’ body weight will be lighter as it will be based on the new chassis that will make it lighter, faster and even more fuel-efficient than the currently sold version.

The 2017 BMW 5 Series will break cover in 2016 sometime and it will be offered with a range of three-cylinder engines, four-cylinder engines and even V8s for the M5. The M5 too will be ahead of the lot and it seems BMW will pull way ahead of competition in the performance division once again.