There have been many Indian cars that have been test by the Global NCAP. The initial results weren’t good but soon there was an improvement. Many cars didn’t even score a single star in the past but today we have India’s first car with a 5 star Global NCAP rating. Then there are cars which have been loved and have done well in the Indian market but are totally unsafe cars, like the Swift. In the below list, we will speak of all the cars with high ratings and the cars that didn’t score well with some description points from the Global NCAP report. This will be an important aspect for you, if you are in the market to buy a new car.

Tata Altroz scored a 5 on 5 s well. This is an amazing fate to see another affordable Tata vehicle, which has scored such a high number. In terms of the score it got 16.13 in adult safety and 29 with child safety. This makes it the #SafestCarInIndia. This is for sure. The Altroz is an interesting product, and it is a new premium hatchback. This comes with a 1.2-litre petrol and 1.5-litre diesel engine. Making it an exciting option to procure for those who  need something that is fresh in the market. The Nexon has become the first and only Indian car to get a complete 5 star rating from the Global NCAP. This is the first Indian car to have the highest safety for adults at 16.06 points from a total of 17. The car received 3 stars in the child safety rating which is also good. The Nexon is an exciting product and it has scored highest points even in our comparison test with the Ford Ecosport and the Maruti Vitara Brezza. If you are out in the market to buy an all new car, this will be an exciting choice for you. This is also the safest budget SUV out there. With this new safety rating. We would highly recommend this car to a new buyer

The Mahindra Marazzo has also received a admirable rating. The car did not take the side impact test like the Nexon, but scored 12.85 out of 17 with 2 stars in the child safety department. The cars were tested at a speed of 64km/h and has performed really well. The NCAP repot did state that even though the Marazzo has seat belt reminders (SBR), iit does not meet with the Global NCAP requirements. This is also another product from India to have got 4 star rating. Toyota has done a great job with this product and it seems to show. Many of us might have not liked the plastic quality of this vehicle, irrespective it has done a good job in crash test. In child safety, it has scored 2 stars. 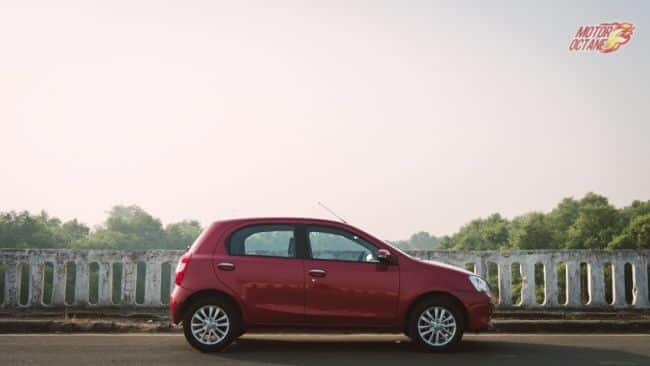 The Zest was the first Tata vehicle to have scored 4 star rating. In child safety it scored 2 stars. The Zest was also tested without airbags, as there are lower variants available without it. In that the adult safety rating was a ZERO.

The Vitara Brezza was the next compact SUV to score a great rating from the Global NCAP after the Nexon. It did fall short on child safety. But it did get the same safety rating as the Nexon, which is four stars. We are certain about the fact that the Ford Aspire would have scored a higher number with six airbags. But as the tests are all about front impact, the side airbags might have not been of much use there. However, Ford has taken up this initiative seriously to have six airbags in the top model even of their hatchback. We appreciate this initiative. The report stated, “The protection offered to the driver and passenger’s head and neck was good thanks to the airbag. Driver’s chest had weak protection and passenger’s marginal protection. The car does not have seatbelt pretensioners. The front passengers’ knees could impact with dangerous structures in the dashboard like the Tran fascia tube. The bodyshell was rated as unstable and it was not capable of withstanding any further loadings.” The Duster also scored high points in the test despite only a driver airbag. The dual airbag option will be even better. We wonder why hasn’t Renault made dual airbags, ABS+ EBD with standard on a product like the Duster. This will be vital for safety. We have always been impressed with the built quality of the Duster, let aside the interior plastic quality.

Maruti Suzuki Swift: The car which most Indians love and most Indians will eventually buy has turned out to be one of the most unsafe cars plying on our roads. The Maruti Swift has today received a dismal and embarrassing rating of two stars from the Global NCAP. This is a car when it has a brand new model is expected to sell more than a lakh units in the first few months. With this kind of rating, many buyers will look towards other alternatives and competition to fulfill their requirement. Cars that did scored a zero in crash test were all without any airbags. So, the list of while that did score a zero (without airbags) were Renault Duster, Chevrolet Enjoy, Tata Nano, Renault Kwid, Honda Mobilio, Hyundai Eon, Maruti Eeco, Maruti Celerio, Datsun Go, Mahindra Scorpio, old Maruti Swift and Maruti Alto.

So do you own any of the above cars or have ever  thought of buying one? What do you think of the Global NCAP tests? Do let us know in the comments below!