Home Features Honda WRV vs Ford Ecosport. Which to buy? 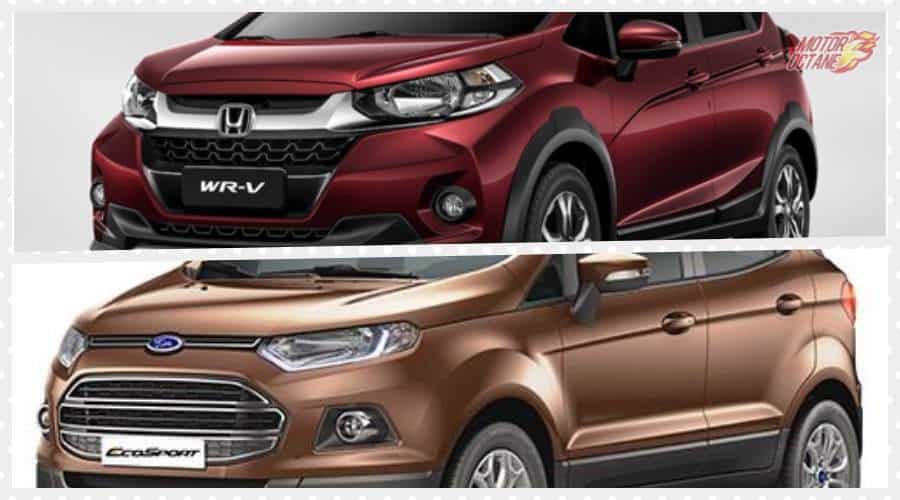 Honda WRV will be launched on 16th of March. This is the company’s all-new compact SUV. This competes somewhat with the Ford Ecosport. Both are sub 4-metre UVs, both look stylish and offer good practicality and options. The Ford Ecosport has already been competing with the Maruti Vitara Brezza and the Mahindra TUV300 as well. What does the new WRV have on offer? Honda WRV vs Ford Ecosport, which one should you buy? We share our detailed comparison. 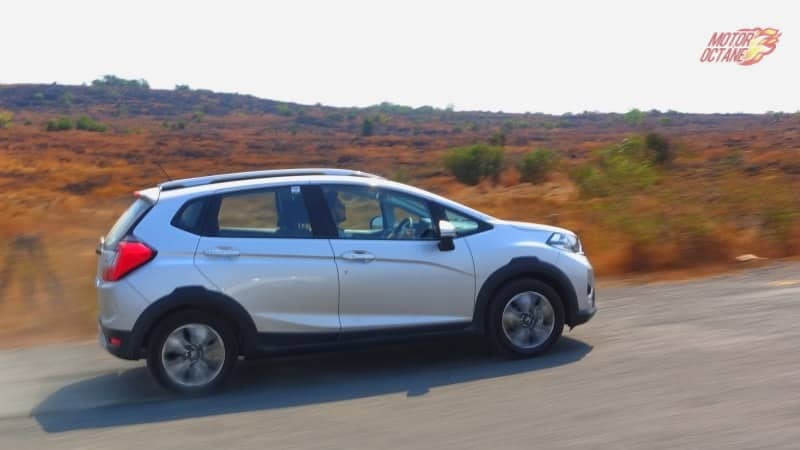 In terms of design, both the WRV and Ecosport have a crossover-like design. It is however, the Ecosport that looks to have higher ground clearance. In terms of proportions, the Ecosport looks more like an SUV. At the same time, the new WRV looks fresh and premium. The fascia of the WRV makes it look like a crossover, at the same time it appears to be more wide. The Honda WRV has a lot more chrome elements added to it, while the Ecosport is more about looking trendy. Ford has added the spare wheel on the rear door, which slides open and the WRV pops up like a hatch. Both of them have body cladding. The Ecosport has 15-inch wheels while the WRV comes with 16-inchers. Where the WRV shines is the overall design, as it is a fresh one. The Ecosport has been around for a while and has strted to show its age. In terms of ground clearance, the Ecosport has an advantage over the WRV.

In terms of interiors, Honda gets the lead. The interiors are a lot more spacious making the WRV a good option as a five seater. Both of them have spacious front rows, while Ford offers better support. However, it is the WRV that has an upper hand in the rear seat space. In the Ecosport, the rear seat can be reclined and it has a 60:40 split, while the WRV only has a complete drop-down.  In seat comfort for the rear, Ecosport has adjustable head rests while the Honda has fixed ones.  Both miss out on rear seat AC vents. In terms of features, the WRV has some extras, while Ecosport does get some other extras too. To begin with, the top-of-the-line Ecosport has six airbags, automatic headlamps, artificial leather, rain sensing wipers which aren’t available on the Honda. The WRV on the other hand has MirrorLink, HDMI port and sun roof. These aren’t offered on the Ecosport. So, all-in-all it is a close call if you pick either of them. If you are looking at buying any of the two, please share all your details. We accept bookings only for Mumbai, Delhi, Pune, Hyderabad and Bengaluru at the moment.