The Honda Accord Hybrid is the company’s flagship model in India. Launched recently, The Accord Hybrid carries on the legacy of the Accord in India. The Accord brand has had a successful stint in India since its launch in the early 2000’s. It withdrew from the market due to low volumes. The second-generation Accord for India had revolutionised the market. It was good looking, sporty and feature loaded as well. It even came with two powerful engines (2.4-litre and 3.0-litre V6). Then the fuel prices shot up and Yen became stronger. The Accord wasn’t very high on mileage and the initial investment was high as well. This affected the sales. It also lacked a diesel version. Now the Honda Accord Hybrid is here. How is the new-generation Honda Accord Hybrid? We share all the details.

*The price mentioned is on-road, Delhi

A new thick chrome slat grille comes on the Honda Accord Hybrid. The LED headlamps have DRLs as well. The new fascia makes the Honda Accord Hybrid look bigger and more premium. It has a strong road presence too. The side profile is not very different from the earlier car. The rear looks quite similar to the the BMW 5 Series. The new Accord is  very much European is design and also a lot more appealing. It wears the Hybrid badging on the side and the rear. 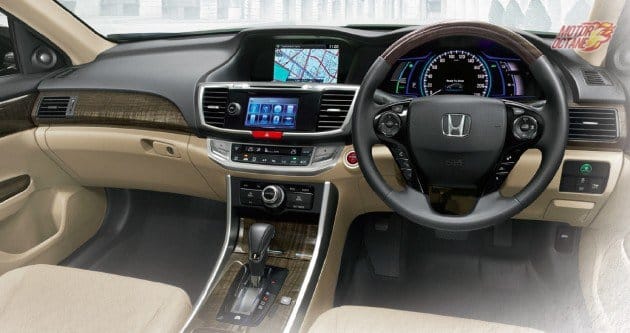 The Honda Accord Hybrid has plush interiors. The cabin insulation is also top notch. There is some amount of tyre noise that seeps in somehow, even on tar roads. The interior quality of the Honda Accord Hybrid is good for most of the plastics and this gives a kind of luxurious feel. The dashboard layout is simple and does look appealing. Its pretty uncluttered and hence looks big too. There is a large touchscreen system and on top of it is a 7-inch TFT screen. There are a lot of new features on the Honda Accord hybrid. For instance, it gets lane change camera as segment first feature.

The front row seats of the Honda Accord Hybrid are comfortable. They provide excellent support on long drives. The rear is not as good as we would like it to be. The armrest doesn’t hold itself and rests on the seat. This isn’t very comfortable. The competition offers electric seat recline and ventilated seats as well. This isn’t offered on the Accord hybrid. The AC blower speed is also fixed and cannot be adjusted from the rear. For a buyer in this segment, the rear seat comfort is of prime importance and Honda should address these issues in our opinion.

This is the best part of the car.  The Honda Accord Hybrid comes with a  2.0-litre petrol engine with an electric motor that churns about 213bhp of power. This comes mated to an e-CVT, which improves its efficiency. In terms of performance, the Accord hybrid has more than sufficient grunt in the city and even on the highway. There is more than sufficient punch in the engine. There are three modes, all electric mode, hybrid mode and only engine mode. The only engine mode is when it runs on a single gear ratio. It runs when you are cruising between 70-110 km/hr.

The regular petrol version of the Accord won’t be able to make it to India. Hence, the hybrid will be launched along with an automatic transmission. This will be an e-CVT.

Honda cars provide a good balance between performance and efficiency and the 2016 Honda Accord Hybrid would be the same. It is likely to deliver around 17 km/l in a mix of city and highway usage. The ARAI mileage is 23.1 km/l.

The Honda Accord hybrid will compete with the Toyota Camry Hybrid, Skoda Superb and the new upcoming Volkswagen Passat GTE (plug-in hybrid). At the moment, it is only the Camry that is available as a hybrid. This is a timely launch for the Honda Accord Hybrid in India. 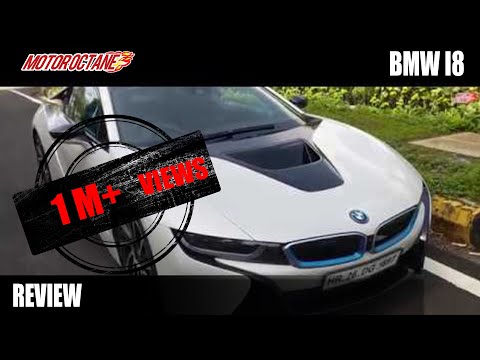