Home Advisor Why is Maruti Dzire the KING of its segment? 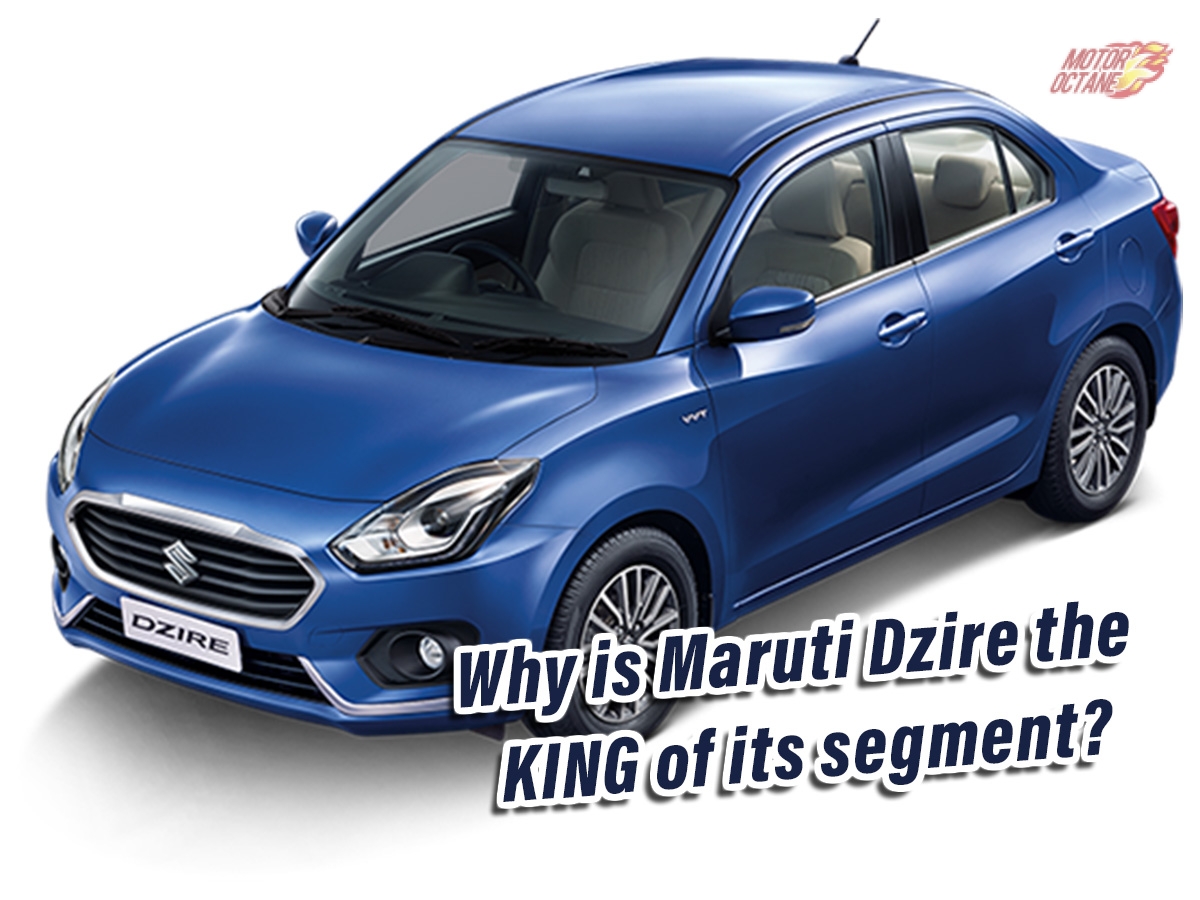 The Maruti Swift Dzire had become a household name for Indians in the automotive market.  Many brands tried to compete with the Dzire but none were able to win. The model successfully led to three generations of the car being sold in the market. Read below why Maruti Dzire is the KING of the compact sedan segment. Before the Indian car market became obsessed with SUVs, sedans were the perfect car to have a premium look and stand apart from your neighbours. When the Dzire was launched, the market was dominated by entry-level hatchback cars like Maruti WagonR. The Maruti Dzire came at a premium price but offered many perks and benefits for its price.  The rear seat comforts of sedans were also highly trustworthy and attracted a large consumer base.  The Maruti Suzuki Swift and Dzire both have the highest resale value in their respective segment till this day. A correctly maintained car can be sold again with minimum loses in depreciation. The rate of depreciation for popular Maruti cars is also very low in the used-car market in India. Maruti cars are known for their mileage. Though sedan-owners are not too worried about mileage, but Maruti was quite clear with the aim of the car. The company wanted to provide a fuel-efficient sedan to the middle-class Indian car buyer. Majority of car-buyers in India prefer entry-level hatchbacks due to lower price and better fuel efficiency. The company was already successful in that department and incorporated its strong points in the Dzire. More about Why is Maruti Dzire the KING of its segment below. Maruti itself as a brand does not need any special introduction in the Indian car market. People are a fan of its cheap, reliable and popular cars. The Swift brand name has also become very famous thanks to its glorious history and heritage. This was the main benefit for the initial Dzire. People already highly regarded the Swift as the best car. Salespeople in Maruti dubbed the Dzire as the “Better-Swift”. If you are getting a better product of a best-in-class product, why will you not buy? The Maruti Swift Dzire was never meant to be a performance car. The price to performance ratio here does not mean engine performance. Rather as an overall product, the Dzire was a great deal. Maruti did one thing spot on and that was value for money factor in the Maruti Swift/Dzire equation. The Maruti Swift Dzire generally cost Rs.1.00 lakh more than the same model of the Swift. For an additional Rs.1.00 lakh, you get a bigger boot, sedan looks, and a much more polished product.  The current generation Maruti Dzire BS6 2020 costs between Rs.5.88 to Rs.8.80 lakh. The interiors are much more premium and modern in the current generation of the Maruti Dzire. BS6 certification makes it both environment and performance-friendly. Don’t forget to comment on your experience with the Dzire and share this article.