The new Maruti Vitara Brezza is coming. There is an update to the existing Ecosport and this is a major change. The facelift version doesn’t just get cosmetic changes but even more features and an engine upgrade. At the same time, the Vitara Brezza has been a stronger player until now. The Ford Ecosport needed an upgrade in features and other aspects to catch up with Maruti. Both the SUVs have a good demand and at the same time many are waiting for the new Ecosport and more engine and transmission options on the Vitara Brezza. We do a detailed Maruti Vitara Brezza vs Ford Ecosport 2017 Comparison.

With the Vitara Breza coming in 2016, Ford had launched the updated version of the Ecosport. With this time, the diesel engine getting more powerful producing 98bhp and 210Nm of torque. There was daytime running LED also introduced. After a while a new variant Platinum was introduced on the Ecosport. This even offered touchscreen system that did go missing on the Ecosport. This variant meant that Ecosport was at par with Vitara Brezza in terms of features, in fact Ford offered six airbags on the SUV and this was an extra too.

Maruti Vitara Brezza follows the same design language like other Vitara SUVs from Suzuki. This SUV has the presence. It has a large front grille with a lot of chrome on it. The headlamps are rectangular and they are smoked out. There are projector lamps and bull-horn shaped LEDs too. The fog lamps are round and they have chrome surround too. The side profile is boxy and SUV like. There is a floating roof silhouette has the door pillars are blacked out. The rear also has the prominent chrome strip on it. This reads Brezza. The tail lamps are also similar to that on other Vitara SUVs. 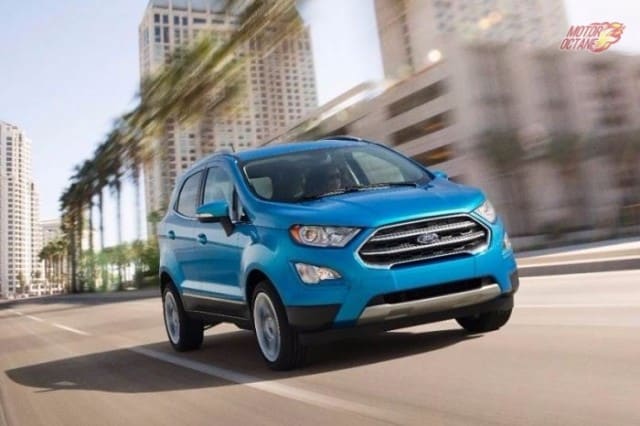 The Ecosport on the other hand with have a new nose. The large front grille forms a major part of the deal and the headlamps are more chiselled. The fascia makes it appear bigger and looks like the younger sibling of the Endeavour. The side profile is the same. There aren’t any changes in the side profile. The rear also doesn’t have a major change. The spare tyre is mounted on the back door itself for the Indian market.

The interiors of the Vitara Brezza are all black. The layout is simple and there are a lot of features on offer. There is a large touchscreen with maps, Apple CarPlay, reverse camera and bluetooth. The other features on the Brezza are dual airbags, ABS, steering mounted audio controls, push start and stop, rear power socket and cooled glove box. In terms of space there is sufficient room for three people at the back. There is more than sufficient head room and knee room is decent. The boot is spacious enough for a short family trip. On the other hand, the Ecosport will have a new dashboard layout. There shall be a larger screen this time. The centre console will be different and it will be more neatly designed. A new Ford steering wheel will also be used. There shall be no change in the space on offer. The rear seats will offer the same space. At the same time, boot is decent enough in size. One of the strongest points of the Ecosport is its flexibility. The rear seats double fold and they turn into a flat bed. The Maruti SUV comes only with a 1.3-litre diesel engine that churns about 89bhp of power and 200Nm of maximum torque. This engine has good enough performance and drivability. The need to shift gears is very limited even when driving in the city. This makes it a lot more comfortable to drive in daily traffic. This is one of the most important aspects and Maruti Vitara Brezza excels in it. The engine has some amount of noise but that is only at higher engine speeds. This comes mated to a five-speed manual transmission. There is no AMT on offer at the moment and there is no petrol engine either. On the other hand, the Ecosport has three engine options. The 1.0-litre turbo petrol engine churns about 125bhp of power, the 1.5-litre Dragon petrol engine is an all new offering and this will be 108bhp. The third option is the diesel one, this is a 1.5-litre one churning about 98bhp and 210Nm of maximum torque. All the three engines will have five-speed manual transmission and the Dragon engine will have a six-speed dual-clutch transmission also. Maruti being the most affordable brand in the country has an advantage on others. However, Ford also claims that it offers spare parts at a similar price point and its overall service cost is no different from the competition. But here, it is a close call and when it comes to resale also, Maruti comes ahead in the duo. This is where, the game moves in its favour. Ford has to be aggressive in its pricing to match the Maruti Vitara Brezza. This updated version of the SUV will be at par with the Brezza, though we even expect the pricing to be similar. We will have to wait for a bit more for the new pricing, which should be sometime by this year end. 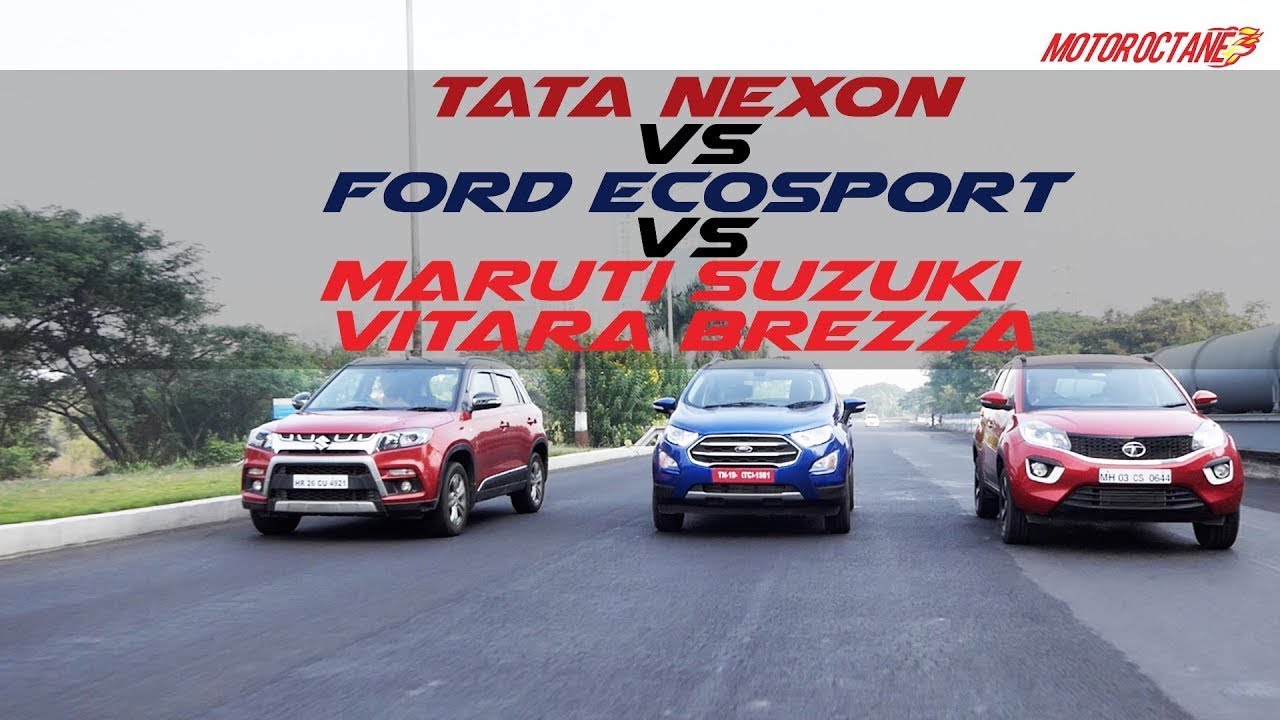