The 2017 Bajaj Platina ComforTec has been launched at ₹51,000 (on-road, Delhi). The Platina brand is one of the more successful brands from Bajaj in recent times and now the company has brought in some enhancements to this bike. These enhancement s are purely cosmetic ones. This has been introduced to garner additional sales during the festive season and also bring in some excitement for the bike.

The biggest draw for this bike is the introduction of LED daytime running lights. The Bajaj Platina Comfortec is now the only bike in the 100-150cc segment to feature an LED DRL. According to Bajaj Auto, the 2017 Platina ComforTec with DRL consumes minimal power and also delivers better fuel consumption figures, compared to other bikes, with the automatic headlamp on (AHO) feature. The AHO feature is now standard for all two-wheelers in India.

What more does the 2017 Bajaj Platina ComforTec have? Read further as we share more details.

Eric Vas, President, Motorcycle Business, Bajaj Auto said,”With the introduction of this upgraded Platina ComforTec, we have made a superior product even better. Customers shall love the combination of comfort, superior mileage and LED DRL styling that the new Platina offers,”

The bike has been priced at 51000 (on-road, Delhi). High fuel efficiency and easy maintenance along with comfortable seating are highlights of the Bajaj Platina ComforTec.

The Platina was first introduced in the market in 2006 and has been getting regular updates in styling and design. The main attraction to the 2017 Bajaj Platina ComforTec is the addition of LED daytime running lights. It is the only bike in its category to offer the same. Though the main criteria of choosing a bike in this category is price and mileage, the looks are pretty neat for an entry-level motorcycle. The LED DRL adds a more premium feel to the bike. It looks crisp and neat.

The instrumentation is basic with a speedometer on the left and a fuel gauge with a neutral indicator on the right side. Getting started on the bike is now a smooth affair, as it comes with an electric starter. The seating posture is upright and the saddle height (798mm) is ideal for riders with average height.

The2017 Bajaj Platina ComforTec comes with a claimed mileage of 104 km/l. In real life conditions it will return around 75km/l in the city and around 85 km/l on the highway. This a highly fuel efficient bike.

The 2017 Bajaj Platina ComforTec is available in two new colours: 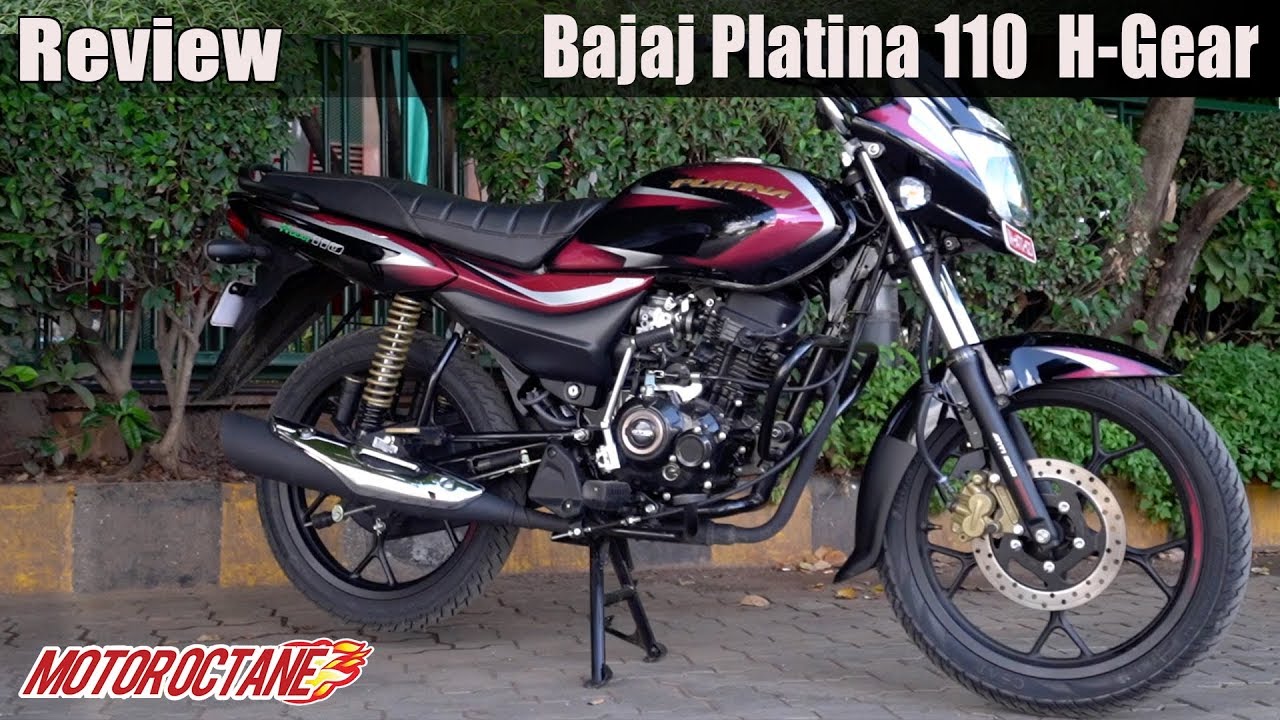