The KTM 250 is the newest entrant on in the adventure segment and most of the adventure enthusiasts are looking forward to this budget Adventure bike from KTM. Now this KTM 250 Adventure is basically a downsizing of the 390 Adventure. So does it pack the punch that is required to beat the oldest competitor in the segment? We will be going through key areas where the KTM 250 as a new product shines over RE Himalayan. Also, let us know in the comments what test would you like us to do when we actually review them side to side on our channel. Also Read: Turbocharged RE Himalayan or Much More? Being the newest bike in the segment the KTM 250 adventure is expected to get the latest tech. In terms of electronics, it does not get anything more than the Himalayan. Both these bikes get Switchable rear ABS. Also Read:  Are there more KTM Adventures on their way?

If we look at the other piece of technology on the bike is the dashboard/instrument cluster. Now the good thing about the instrument cluster is that it is an LCD unit. Now the Himalayan gets an analogue unit and is considered to be easy to maintain over this display. But if we look at the LCD display then that has a more modern feel as well as is easy to maintain just like the analogue display.

Also Read: New KTM RC 200 Could be like this The KTM uses a trellis frame which keeps the bike light and also at the same time reduces the chassis flex. The USD forms on the KTM 250 Adventure give it well a better high-speed stability than the RE Himalayan’s conventional long-travel suspension.  Now the conventional forks on the Himalayan are good when it comes to offroad but if you are a regular buyer would you take bikes like the KTM 250 Adventure and Himalayan on the advance offroad course. The KTM 250 Adventure is more oriented to the highway touring side and it does that effortlessly. This is where the Himalayan lacks where there isn’t as much of top-end refinement and confidence-inspiring setup to push the bike into triple-digit speeds. The Himalayan Offers you a kit of the aluminium Side Panniers which are far better than the Small rear bag that KTM offers on the 250 Adventure. Also with the Himalayan, the mounting of the pannier mounts comes from the company and extension of the light is offered with it. Here the RE Himalayan wins as it keeps the modularity which is a good thing with Adventure bikes. With the KTM you could go for aftermarket parts but there is no standardised solution of the luggage mounting.

Also Read: KTM RC 390 might finally get an Update KTM Design is fairly modern and it does make the RE Himalayan look a bit dated. But design opinion changes from person to person. One thing that is good about the KTM 250 Adventure than it looks exactly similar to the 390 Adventure. But it offers 2 colours only whereas the Himalayan on other hand gets 6 colour options giving more flexibility to choose from. Lastly, the KTM 250 gets a slip-on Akrapovic exhaust under their additional power parts which is just added to the whole riding experience if you are a fan of a good sounding Exhaust. We do not expect any change in the performance because of this. We have no idea how 250 Adventure sounds with a slip-on exhaust but the Himalayan stock exhaust in the BS6 version is just an all-time favourite for us. 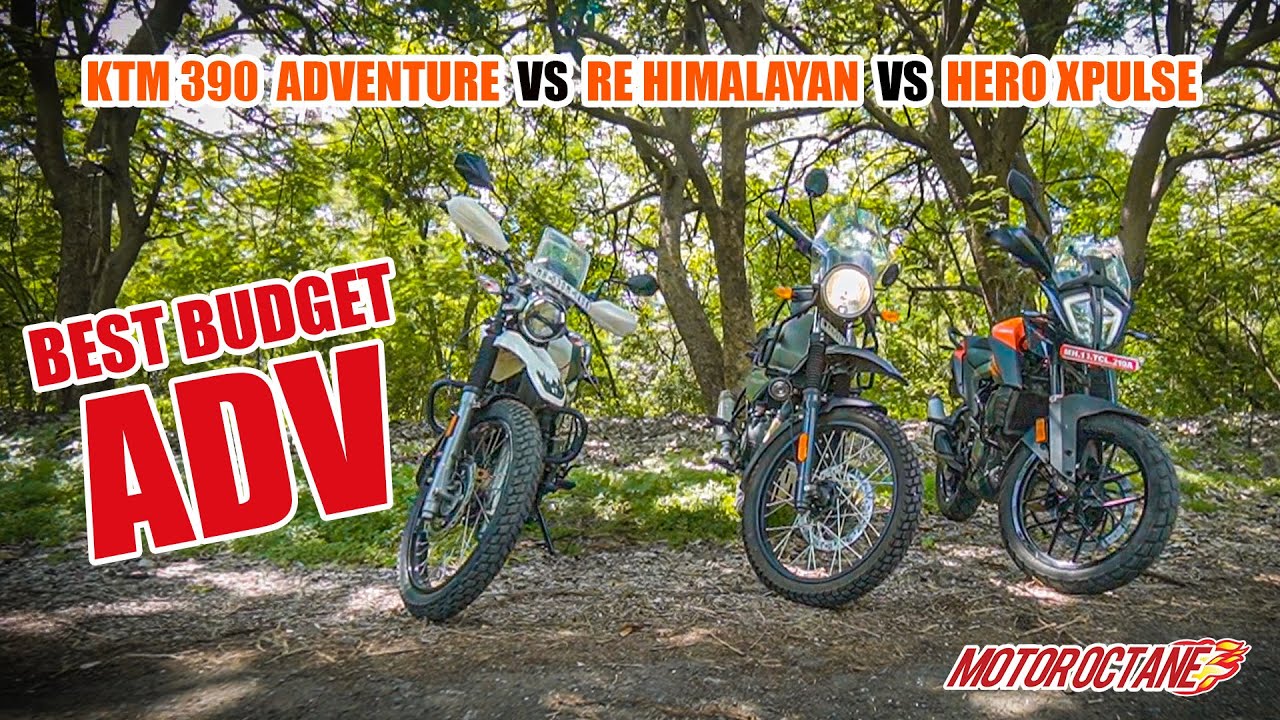